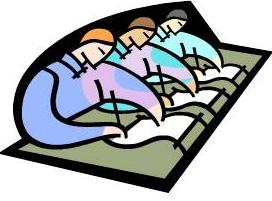 Why I do not support the National Common Core Standards!

For the record: I do not oppose ‘standards or standardized testing; national or local’.

That being said, I believe each of us needs to research the issues.  I have a long history of research behind my advocacy, which cannot be explained in a Facebook comment. That would be like trying to explain the Affordable Health Care Act (a.k.a Obamacare) in a soundbyte for the 11 o’clock news; impossible!

I once ran an email list group to help people understand the reason behind the national education reforms. That was before blogging and social media.

1. The national education reform started in a pilot program in 1992.

2. The federal laws enacting the reforms were passed in 1994 under President Bill Clinton – whose wife promoted – Goals 2000, Improving America’s Schools, School-to-Work, and in 1998, the revised Workforce Development and Carl D. Perkins laws were passed.

3. President George Bush passed No Child Left Behind, but before states could get any money from this law, they had to enact all of Goals 2000 – Democrats called this “unfunded mandates”

4. President Obama passed Race To The Top and with the help of the National Governor’s Association and some select third-party education firms, the U. S. Department of Education implemented the Common Core Standards – a so called national education standardized test.

To get to the bottom of the issues, I want each of you to ask yourself these questions:

2. What are proficiency levels and how are they used to determine what academic level each school will teach?

3. (a) What is the difference between a test and an assessment? (b) How does an appraisal assess a house? Task: Compare the appraising of a house to the assessing of students, schools, teachers, to how the Common Core Standards assesses whether students meet standards and whether teachers are teaching what a child should know and be able to do.

4. (a) Explain the purpose of school zones/regions. (b) What kind of employment opportunities exist in the community you live in or describe the economic industry best picture the area that surrounds your community; service labor, rural, mostly welfare, high-tech, medical, research and development, government, entertainment, retail, resort/travel, corporations, science, education, small business, or suburbia with a mixture of everything. Did you know that schools have been (or is being) converted to train students (human capital) to go to work in the school zone of their graduating high school?

5. Black people built America. Black people built the pyramids. Black people found cures. Black people developed traffic systems. Black people are the salt of the earth. If before 1995, we were entering into college becoming professors, being elected to Congress, and in high places within Corporate America, then what the f happened that now our child sound like robots when they read, or can write, scared or ashamed to read aloud, is more sexual than moral, why do the majority of our child hate school, but is comfortable in their ignorance? Why is it that the high level educators (most of whom are white) believe that black child need help learning because they live in poverty? Tell that lie to Dr. Ben Carson.

6. Why is it that schools are seen as failures because of high mobility rates?

7. Why does schools find themselves setting their school up to receive Title-1 funds and labeling more of their students with learning disabled mental illnesses.

8. When I read the news article from the Washington Post dated November 16, 2013, entitled: “Arne Duncan White suburban moms upset that Common Core Standards shows their kids aren’t ‘brilliant’…I see another way our government works to pit races against each other and political parties against one another. If we stay busy fighting each other, we will not have time to study what this system is doing to take hold and lock us all in.

For the life of me, I cannot see what it is that black people accepts a system this controlling without questioning its intent and then questioning the person that explained the intent of the system. Did you know that the average 5th grader in school today has a parent that is not more than 16 years older than they are? That tells me that either the parent is a part of the system or left the system by the 11th grade – which means a grandparent is taking care of the parent and the school age child. So who has time to research? People are busy trying to eat and survive. And that my friend is exactly what the government is counting on while it pretends to be for the best interest of our child and their futures.

I oppose the Common Core Standards because I know what goes on in our schools between day care and 3rd grade. I know what the Common Core Standards will assess and then report about that child – and the prescription for the IEP is set from there. It is like manufacturing a car…an assessment is done in the 3rd, 5th, 8th, and 10th grades through an assembly line. The Common Core Standards are the Quality Control is the end of course Assessment Report for graduation; where some will receive a certificate of attendance and some will receive a State Certified Graduation Report that certifies skills and abilities of the graduate. Click Here to read the definition of ASSESSMENT

It does not matter whether who you are or how rich or poor you are. The National Education Goals says all children and all means all. In the word “Shall” is the word “all”!

In closing, there is so much more to explain about this system than I will ever have time to do in a Facebook comment. That is why I have started a blog site entitled: ‘What the F Happened’. I recommend that you go to the site and register to engage in the dialog of what it is going to take to correct these issues.

Click Here to learn how the Common Core Standards are marketed.

Watch this video – of a student from Tennessee explain why he opposes the Common Core Standards.

Click here to monitor how states are implementing or rejecting the Common Core Standards.